Why Your Computer Hates You 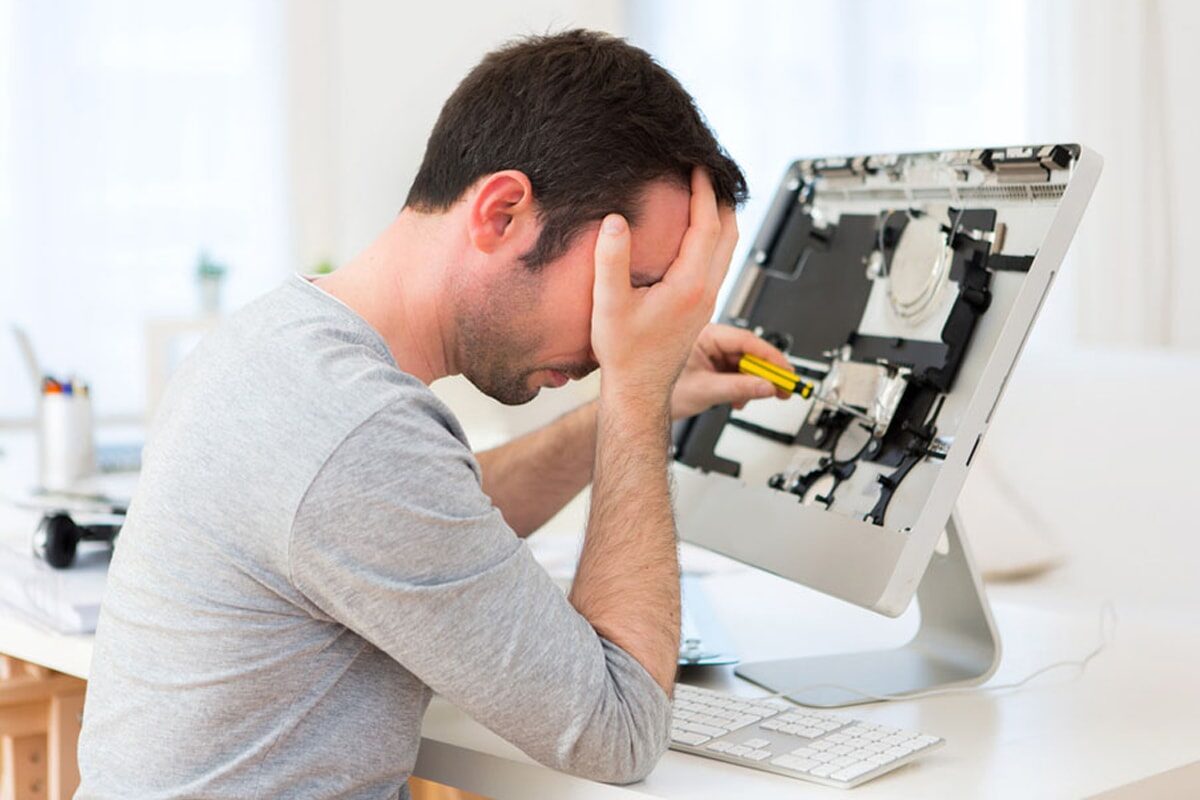 Ever thought of being hated by your computer? Some may think that it is a stupid kind of thing to think right? And the answer is, yes it is true. Computers don’t have a sense of hating, thank god for that or else any machine could have said “you are terminated” or like “I’ll be back”. It is indeed a fact that computer is being built by looking at human behaviour, or we can can say a computer is a super human made by human. So here are some  reasons which will force you think that your computer hates you.

We have local customers that loves their Computers and they do care of them too much. But still they get issues with their computers. All the issues is not just with the software side of the computer, It comes from hardware side  as well and then people comes towards us to repair computer for them. The reason behind the hateness of you computer can be any of these:

Ever felt ashamed in the most groovy party wearing a 1800 suite, yup that’s the same thing what computer wants, in the era and generation of a high tech your computer feels ashamed of not doing things what other updated computers can do.

Yes your computer can’t tolerate these things, ever eaten the things you won’t want to or you don’t like? That is the case here. Your computer are being forced to install malware by the program you are trying to install and that’s a good reason for computer to hate you.

Well as I said they have much human behaviors so the dust and filth surely slows your computer, imagine if you haven’t took bath or washed your face for a year! How will you work then or feel.

We all have that one friend who has a millions of file in his/her computer and by saying him/her to delete it we get one answer, “these are the precious memories”. I mean of course they are, so much precious for you but your computer is being mad and tired of it. Ever heard the name of cloud computing? Ahh let it go.

Being a computer science expert the program that starts on startup and runs till end is kernel right? But thanks to our some fellows who have installed hundreds of graphical programs on their PC to make it look beautiful. Ever put 10 widgets on your desktop like sticky notes, CPU usage and clock etc.

As I told that earlier computers are alike humans, they also need some rest to cool down them selves and work efficient for you. You may have met your that friend who thinks computers are meant to be awake for emergency use and work 24/7 on them. Bro that’s really not the case, I mean if that was the reason so developers and engineers have may gone mad to put a shutdown and restart option in it. Am I right? Of course I am.

So this category shows that why it is named a machine and we call it a computer. Form the first generation of computer till now you may have seen very much hardware upgrades because the need and want for the efficiency and smartness is increasing. From Big hardware to transistors and transistors to micro chips hardware needs to get upgraded to satisfy your wants so that’s the case when your computer don’t lift and you still want him to be Mr. Olympia.

Ever have been hacked by someone or have inserted a friends Flash drive in the port and made a face like OMG what the hell???? Yes for sure it’s your mistake you let that in, haven’t you heard of anti malware or antivirus. Of course your computer hates you when you even don’t think of his health or you don’t want him to live! Isn’t that sad?

So these were the reasons because of which your computer hates you! So take care of your Personal Computer so that it loves you back.

Don’t forget to share this with your friends and family members in order to make their computer safe and keeping loving them back.

2 thoughts on “Why Your Computer Hates You”

This is a demo store for testing purposes whilst under website is still under development — no orders shall be fulfilled. Thank you by: Management +27 71-245-6446 Dismiss